Catherine’s father Xi Luo was a Red Army propagandist famous for such bromides as “Confucius say: He who fights and runs away will be dropped in tiger pit wearing only skivvies.” And “The great Chairman knows Communism better than Lenin and Stalin put together.” After a falling out with Mao, he escaped China with his wife and lived in a refugee camp in Laos for 4 years before immigrating to San Francisco where they had their one child Catherine. The father taught the girl everything he knew about effective propaganda. Dr Hwang now lives out her father’s dream as a master propagandist for the 12 Step Caliphate’s ‘Chronic Progressive Relapsing Brain Disease Theory’ of drug addiction which although long since discredited is still being actively promoted by NIDA and their friends at Phoenix House and at AA meetings across the country. 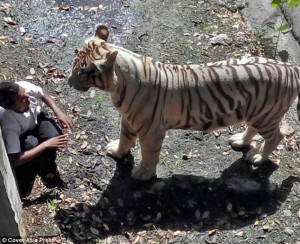 AddictionMyth recently sat down with Dr Hwang for an intimate interview conducted by email.

AddictionMyth: In your paper The Prescription Opioid and Heroin Crisis: A Public Health Approach to an Epidemic of Addiction, with Dr Andrew Kolodny of Phoenix House, you say that addiction is defined as ‘problematic use’ and then say it’s a ‘disease’. Are you aware that these are incompatible concepts and Dr Carl Hart completely debunked the ‘disease’ theory and that most health experts agree it’s not a disease?

You say that there was an addiction epidemic in the 1800’s called “Soldiers Disease”. However this hoax has been completely debunked. You then say that doctors have long defined excessive drinking as a disease. However, Doctors once thought homosexuality was a disease. So what does that prove?

Dr Carl Hart showed that periodic ‘drug crazes’ were actually exaggerations of naturally occurring mischief with little relation to the drug du jour and the problem was only made worse by medicalizing drug use and criminalizing free trade of drugs. In fact he wrote a book about it: High Price.  Yet you call it an ‘addiction epidemic’.  What do you know that he doesn’t?

In your paper you say that overdose is accidental (not intentional). You base this statement off a study of criminals sentenced to drug treatment, but the study actually showed that most deaths were caused by murder and suicide. Where do you see ‘accidental’?

You say that deaths are most common in people likely suffering from ‘addiction’ as proven by reports of friends and relatives who said they had a ‘drug problem’. However, most of these people had already received ‘drug treatment’. Could your ‘treatment’ be causing their deaths?

Most mortality from drug poisoning occurs from mixing with other drugs and alcohol. And in fact the victim often takes every drug in the house.  Why do you hide this important fact in your ‘scientific’ paper?  How can you call that ‘accidental’?

You insist that deaths are unintentional. But overdoses often occur immediately after negative events such as being dumped by a boyfriend or a nasty post on one’s social feed. Why do you ignore such obvious and important facts in your ‘scientific’ paper?

Is it possible you are seeing an epidemic of suicide not addiction?  Or is that sedition and do you think people should be criminally prosecuted for suggesting it?

Most of the victims of the epidemic are chronic pain patients. However, you claim they died of ‘addiction’. Did it occur to you that people with chronic pain might be miserable and want to kill themselves especially if their doctor is trying to cut off their supply thanks to your propaganda?

You say that doctors who observe ‘drug seeking behavior’ should cut off their patients and refer them to treatment. However, aren’t most people who go to their doctors ‘drug seeking’? Isn’t that the point? And the ‘treatment’ you suggest is either 12 Steps, which will kill them, or naltrexone, which will block the effects of opiates. But they are in chronic pain! What are you thinking??

Is it true that Asian chicks will do anything for a Jewish doctor?

You say that doctors should prescribe less opiods to reduce ‘addiction’. However studies show that people simply move to the heroin market, which is cheaper anyway, and this will only increase with decriminalization. So what is the point?

Obviously Doctors should help their patients understand the dangers of mixing drugs. Why don’t you recommend doctors do this in your section titled ‘Recommendations’?

You claim there are 12.5 million opioid addicts in the country and say that treatment for these people is largely unmet. Are you aware that treatment is likely to kill them?  Are you trying to stoke fears of a drug epidemic so that everyone panics and does what Dr Kolodny says so he can get more kids under his ‘care’ to abuse and exploit?

You say that people with suspected opioid addictions should be sent to treatment at 12 Step groups. However 12 Step groups universally insist they are support groups not treatment. Furthermore, the evidence shows these groups are ineffective except for the middle age drunk and otherwise only worsen drinking behavior. And many are little more than open air drug marts.  Why are you making this recommendation?

You also recommend ‘residential treatment’ for people suspected of ‘addiction’. Are you aware these are universally 12 Step based programs and have huge death rates? Do you really want to be responsible for encouraging that?

You find a high correlation between seeking treatment for opioid addiction and mortality from opioid use but claim this is not causal. Are you aware that correlation sometimes implies causation? Perhaps you missed class that day?

Can you consider the possibility that ‘treatment’ actually causes mortality by making the patient (er, support group member) confess that they are ‘powerless’ to opioids and surely going to die unless they choose a god of their understanding to rescue them from their ‘cravings’?

Are you aware that 12 Step groups both in and out of treatment centers routinely bully newcomers with insults including “You are ignorant, insane, in denial, crazy, and lying.” And then make them confess that “I will surely die of my disease” unless they confess their sins and insecurities to their ‘sponsor’ who often has a long criminal record and history of sponsee suicides?

Are you aware that 12 Step cults bully people into suicide by the thousands each year?  (If not, you are now.)

You say that drug companies bought their way into doctors’ offices and government agencies. Are you aware that the 12 Step cults have done much more and worse, for the purpose of abusing and exploiting vulnerable people for fun and profit, and ultimately killing them to prove that ‘addiction’ is a really disease after all? Why are you are an agent of their activities?

You recommend standard urine toxicology as a requirement for opioid prescription. Are you a shill for the testing industry?

Phoenix House arose from the ashes of the 12 Step cult Synanon which was disbanded due to the abuse and deaths of its members. Do you think the tiger has changed its stripes?

Phoenix House is run by Deni Carise, who is the wife of A Thomas McLellan, both of whose sons were killed by ‘drug addiction’. And this was after he became an expert on addiction. Are you sure it’s safe to trust vulnerable people to their care?

You say that Utah has one of the highest rates of opiate overdose. However Mormon Church philosophy (revealed doctrines of Joseph Smith) is not unlike the doctrine of Bill Wilson as revealed through the “Big Book”. Each church runs a 12 Step meeting in its basement. Could this be the cause of the ‘disease’ epidemic of suicide in Utah?  Or is such a suggestion ‘blasphemy’ punishable by beheading?

Your lawyer threatened to sue me for ‘criminal slander’ and ‘deceitful claiming’.  Are you aware that neither of these are crimes in any jurisdiction in this country?  Are you aware that the last government lawyer who threatened to sue me now lives at Serenity Hill Sober House on V Street and hasn’t progressed beyond Level 2 privileges after almost a year of treatment (Level 1 being the equivalent of ‘suicide watch’)?

Josef Goebbels was Hitler’s main propagandist. He was sentenced to death at Nuremberg and executed by hanging. Do you think that was a fair punishment for his crimes?